The Science behind the Holi celebrations 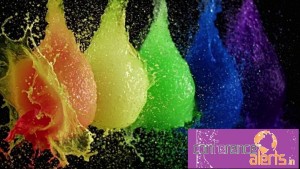 The festival of color is called as Holi is one of the biggest celebrated festival in India. This Two day long festival is marked as a begging of spring and being celebrated with family members. People from the Indian community across the globe celebrate this colorful festival at most joy and happiness. Sweet is being exchanged with colors. It is a very ancient Hindu religious festival which has become popular with non-Hindus in many parts of South Asia, as well as people of other communities outside Asia. Though the Holi is a festival of love and color it has the scientific cause. In ancient days the Holi is being celebrated with natural colors like Neem, Kumkum, Haldi (Tumeric), Bilva, Red Sandlowood powder and other medicinal herbs prescribed by Āyurvedic doctors. So this color has some excellent effect on our skin particularly after the winter.

There is another tradition of Holika Dahan. Due the transition between winter and spring there are a lot of bacteria develops in human body and the environment. So the Holika Dahan brings the solution of this and brings a terrific damage for these bacteria.

Now days the chemical colors used during the Holi which creates lots of problem after this festival. According to a study most of the skin infection caused in India is the highest during this festival. So all small kids should avoid playing Holi colors. There are various techniques are now being developed to generate the colors which are less harmful. So our scientific fraternity should take this as a challenge and innovate new technologies for creating colors. Such ideas can easily found if you attain the upcoming International conferences. The best Conference alerts portal is www.conferencealerts.in where many upcoming conferences on latest technologies on color engineering are being listed. At last we wish you a Happy Holi.