Soon Robot Surgeon will Operate You 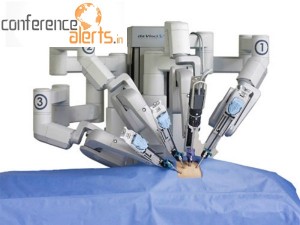 As the technology emerged and demand in the healthcare sector also increased. According to some research findings and reports today’s surgical robots with the capacity to act like a surgeon can filter out hand tremors and also allow maneuvers .These could not be possible for a the best surgeon previously with laparoscopic surgery’s typical long-handled tools. There are many possibilities in the Robotic engineering to play a vital role in health care sector. Now some areas covered by the robots well like Eye care, ENT, Cardiac surgery, Endoscopy etc. Though the area is small but dependency and accuracy is measured more in the physical doctor rather than such robots . Today the robots and machines do not take decisions wile operation but soon this will be history. A bariatric surgeon and a lecturer at Imperial College, London has studied robotic surgery outcomes and he did many experiments in the surgical robot and his goal is to make use of the robot to save life. In recent days some developments are expected in this area. Such developments can be found at the Upcoming International Conferences.

According to a report a Doctor from Hackensack University Medical Center, in New Jersey, performed his NYU surgeries with the support of the da Vinci robot. This is a robot cost around 2.5 million USD and the only machine got approved for the soft tissue operation by the US regulators. After this successful operation this could be the road map for the commercial use of the robots in the surgery. There are many upcoming conferences listed in www.conferencealerts.in for the clinical, medial health science where there is a chance of coming such ideas. The conference alert always support such innovative ideas for the humanity. Such Conferences could be easily found from the home page or for more filtration one can search specific topic from the search bar present at home page.